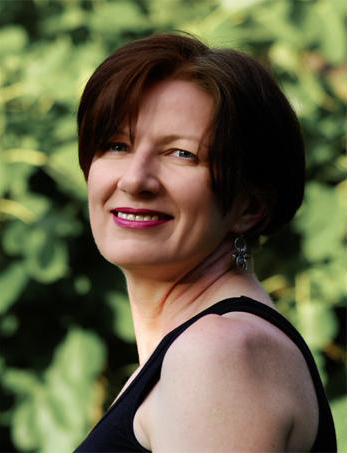 There are 391 Masters of Wine in the world and Caroline Gilby is one of them since 1992. She abandoned life behind the microscope after a degree in Botany and a PhD in plant sciences and bet it all on her talent: wine. Caroline joined Augustus Barnett as trainee wine buyer in 1988 and never looked back.

MW Caroline Gilby is a member of the Circle of Wine Writers and she contributes as freelance writer to magazines including Decanter, Harpers, The Drinks Business, VinCE and Meiningers Wine Business International. She also contributed to Hugh Johnson’s Pocket Wine Book, The Wine Opus and other books including Oxford Companion to Wine and Wines of the world, and while it was still being published Tom Stevenson’s Wine Report.
Caroline judges regularly at international wine competitions including being appointed Panel Chair for Hungary at Decanter World Wine Awards in 2011 and have since added Slovenia, Romania and Czech Republic to her responsibilities.

She is specialized in Central and Eastern-European wines and is seen like a true Romanian Wine Ambassador. The MW discovered wine when she was studying for her doctorate in plant sciences.  Her university had a wine society and as she liked wine, but knew nothing about it, it seemed like a fun thing to do.  She then went on to win tasting competitions and also a trip to stay on a port vineyard. It was there that she had her road to Damascus moment about working in wine.

Caroline Gilby encountered Romanian wine when she got her first job as trainee buyer for a chain of wine shops in the late 1980s. Eastern European wine was huge in the UK then, but not very glamorous, so it was her first buying responsibility. That included Romania. “It's been fascinating following the very rapid evolution of the wine industry since then” the wine writer says. When asked about how she would describe now Romanian wines in a single sentence, she answered promptly: "Wines from the heart of Eastern Europe with a distinctly Latin twist".

Romania has a long history in winemaking, but the first private winery dates since 1993. So where do they stand right now in terms of quality in comparison with other European winemaking countries? Caroline says that its still a relatively young industry, so still work in progress for many producers. “The best wines are definitely of global standard, though most exciting when they clearly show a sense of their place of origin. Not everyone is making wines up to global standards though - too many have over-extracted tannins or too much wood”. Honesty in her job is definitely one of her strong points.

So far, we know that Romanian wines can be very good, but what are they missing to become as popular as Spanish or French wines? “Time and money to be honest. It takes time to build a reputation and France and Spain have centuries behind them, while Romania in its current form is barely a couple of decades old. It also takes money to tell the world Romania's story, and to show them the wines, people and places that have shaped them.”

The future is looking bright for Romanian wines, though. The Master of Wine says that a big strength is that “Eastern Europe is hot at the moment.  It's the last undiscovered corner of the wine world, with its own unique grape varieties and wine styles, but has a long history and authenticity that give credibility.”

When asked what should one expect to hear there, she answered very straight forward “I aim to show a snapshot of Romania through the lens of its wines. I like to give context and insight into the stories and people behind the wines, not just an analysis of winemaking techniques or over the top descriptive tasting notes (the audience can do this bit for themselves). I hope to show exciting local varieties and blends that are uniquely Romanian plus some international varieties to benchmark where Romania stands.”

Today, Caroline Gilby wants to encourage people to drink better wines and to be brave enough to try “something a little unknown”. She manages to educate people all over the world in terms of wine and the best thing is that she never stops.